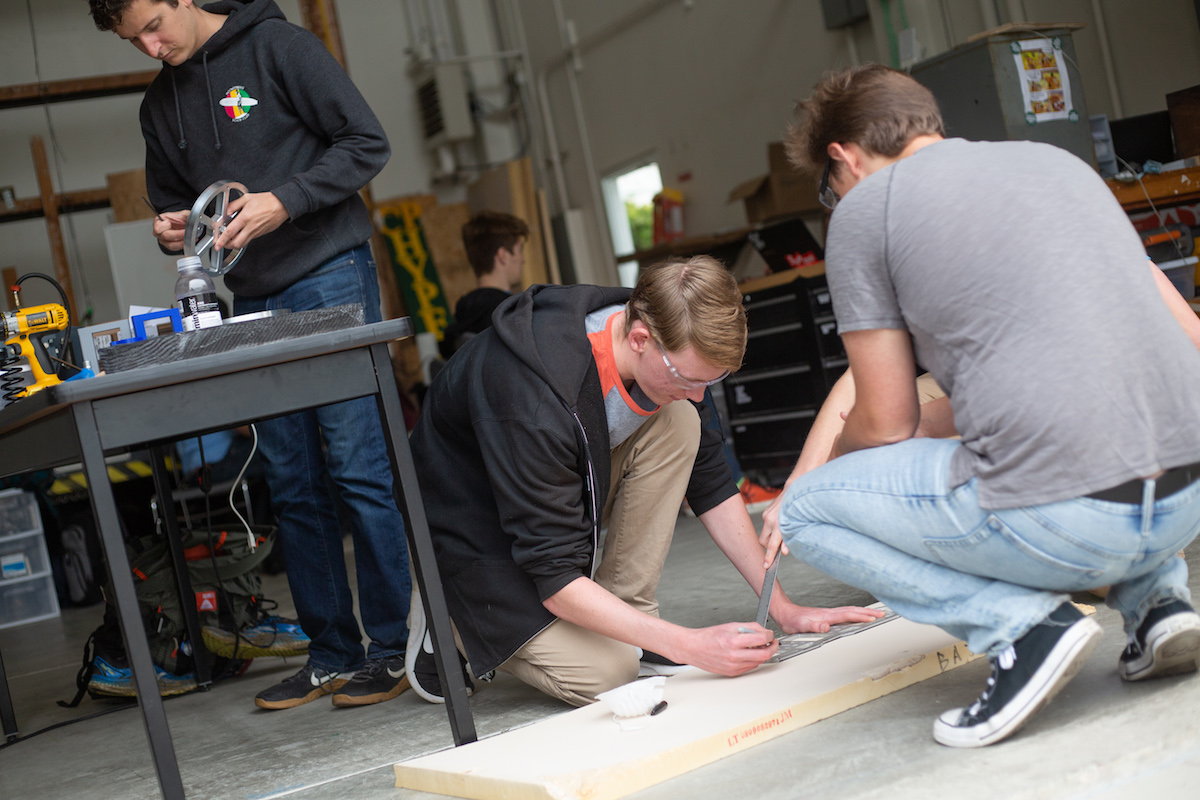 On July 21, the Cal Poly Hyperloop Club will travel to SpaceX headquarters in Hawthorne, California, and attempt to make history--again.

The team of around 80 engineering and physics students is already the only first-year team ever to make it through the preliminary design round in the annual Hyperloop Pod Competition. 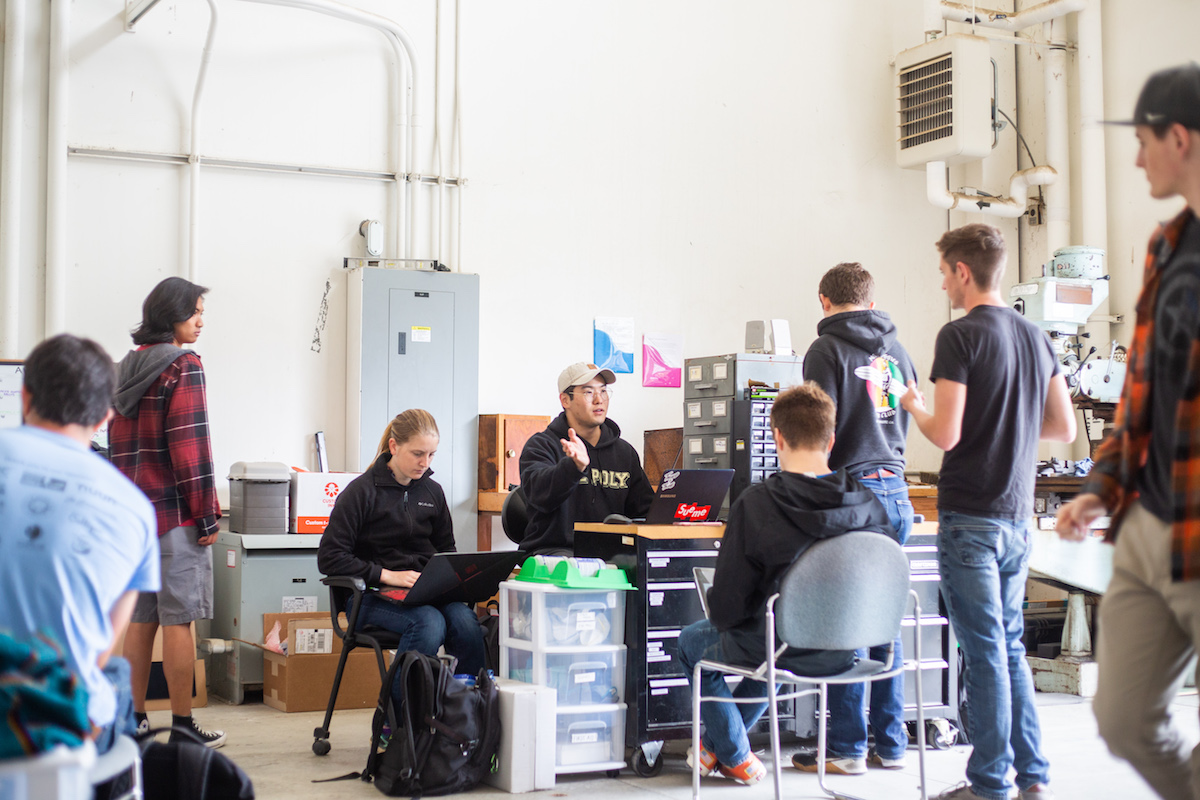 A Hyperloop is a sealed, extremely low-pressure tube that could transport people and freight at high speeds over long distances. SpaceX conceives of a Hyperloop reaching from San Francisco to Los Angeles with pods that travel at 760 mph. At that speed, the trip would take 35 minutes.

Since 2017, student teams have been invited to race their pod prototypes in SpaceX’s one-mile-long Hyperloop system.

These are people who land rockets on barges and they're complimenting our students.

Cal Poly’s team is one of 22 finalists selected from more than 700 entries worldwide, a remarkable accomplishment for a group that formed less than a year ago.

“The other schools told us don't bother to submit for the 2019 competition. There's no way it's achievable to get it built in a year,” said Mackenzie Duce, a physics major and member of the leadership team who came to Cal Poly as a transfer student in 2018. “Our goal was to submit something for the preliminary round. We were all surprised to make it through the first two rounds, but we all really wanted it.”

The project presents a number of technical challenges: heat doesn’t dissipate in a vacuum, extremely high current can melt some electronics, high speeds cause vibrations that could tear the pod apart, and the pod must be completely autonomous after the team hits go, to name a few. 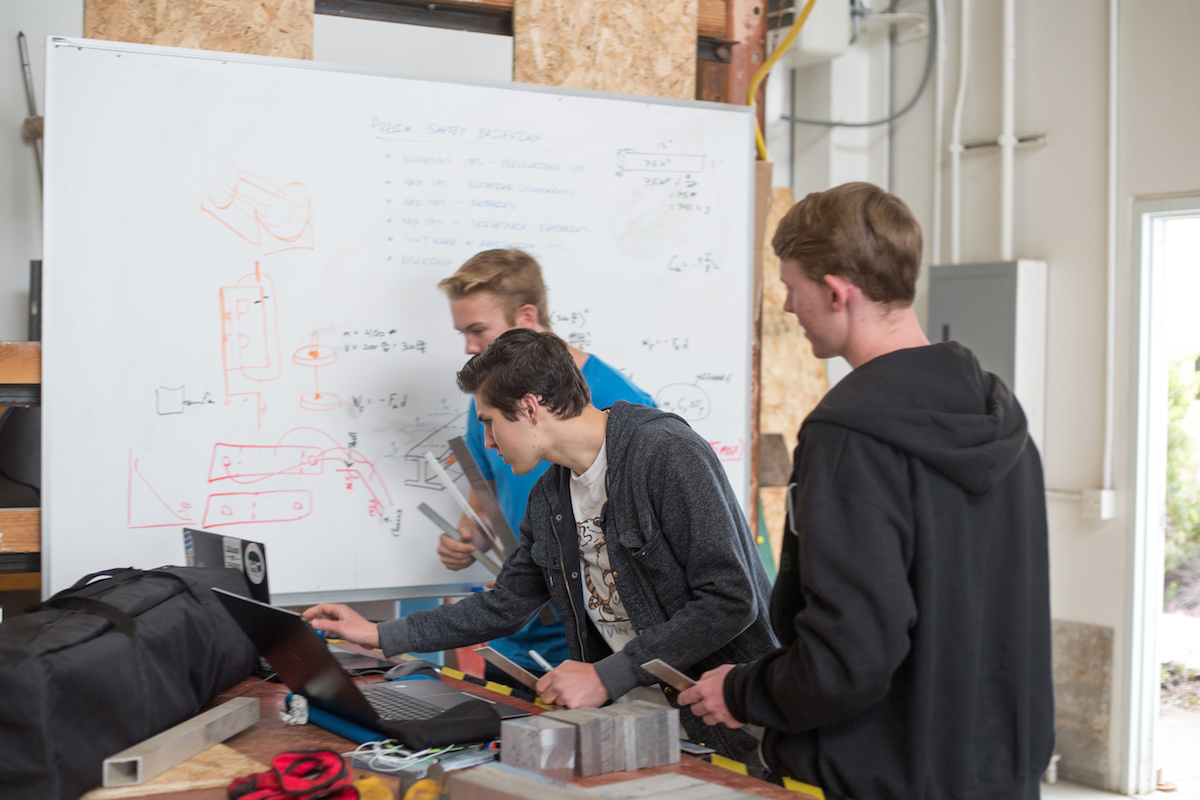 Pods will be judged primarily on their safety, speed and scalability.

“The coolest thing about this pod is that it's one hundred percent bolted together,” said physics Professor Tom Bensky, the club’s advisor. “You don't need any welds or special parts. I think the scalability of the design impressed SpaceX.”

Having taken on technical tasks from calculating thermal analysis to machining parts, the leadership team found that managing a project of this scale that includes so many people is the greatest challenge of all--and the most rewarding.

“I've never had leadership experience managing a team, and I've always been intimidated by it,” Duce said. “Now I've learned that I really like it. You get to see people grow as engineers, scientists and leaders.” 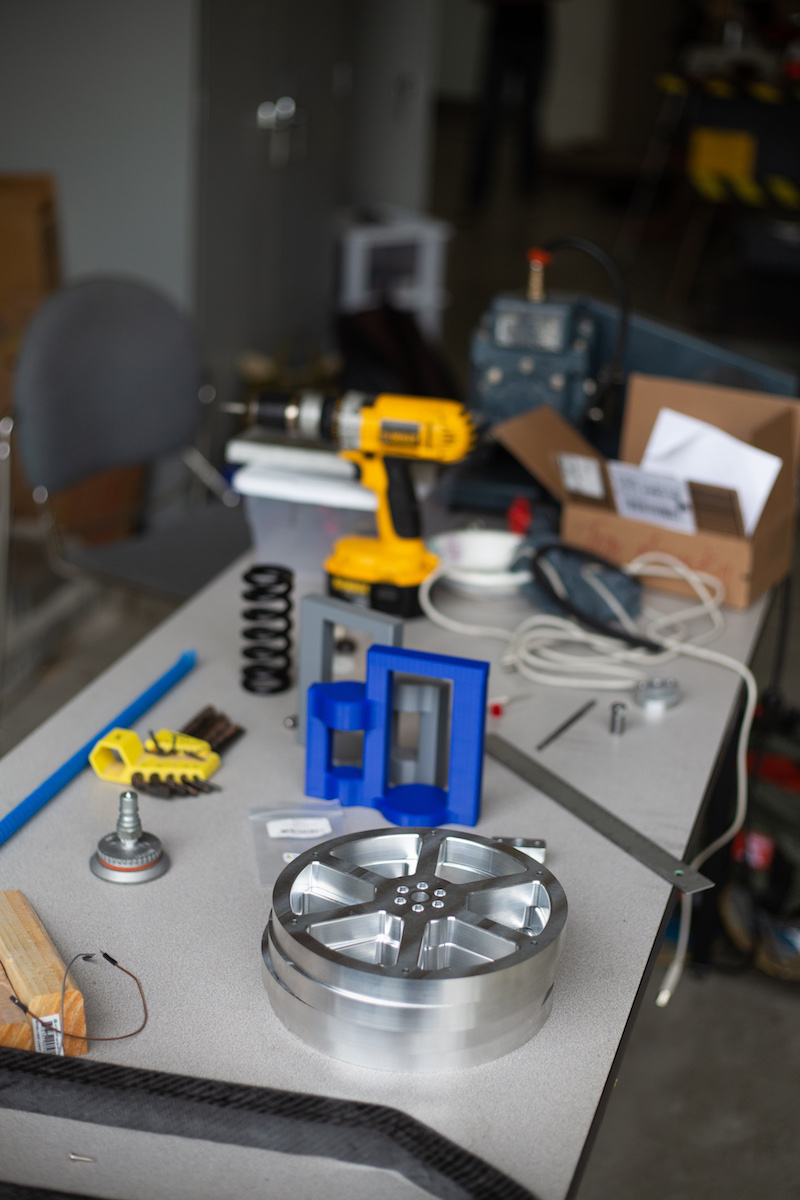 The management skills of Duce and the leadership team shone through in the proposal and design reports that comprised the first two rounds of the competition.

“The reports received high compliments from SpaceX,” Bensky said. “These are people who land rockets on barges and they're complimenting our students.”

Multiple design groups are currently constructing different parts of the pod, such as the chassis and the braking system. The team will travel to Arizona State University to test their pod in May.