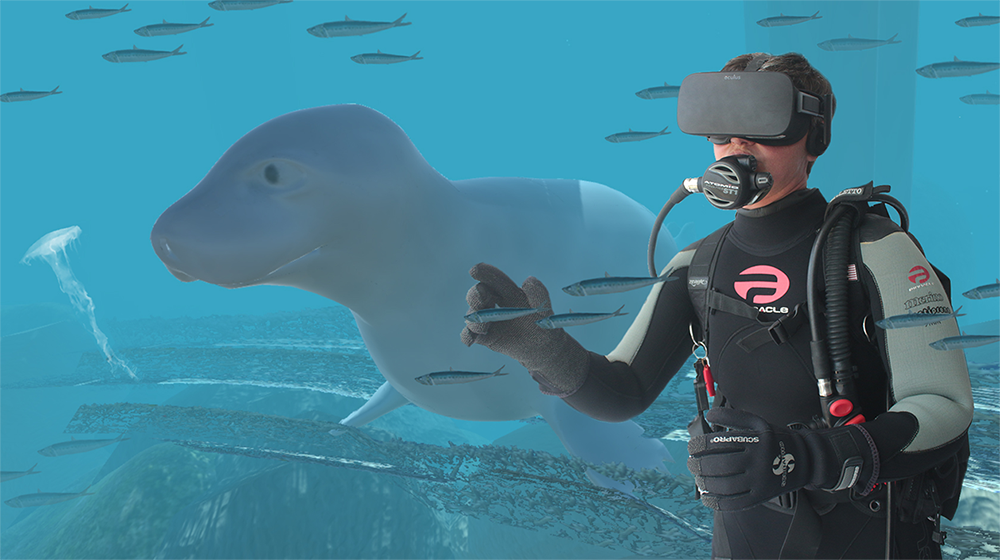 How do you take an entire middle school class scuba diving? Virtually, of course.

Biology student Meg Beymer spent the summer creating a lesson plan that uses virtual reality (VR) to teach marine science. Her work was funded through a partnership with the Santa Rosa Creek Foundation and the STEM Teacher and Researcher Program.

Dive Beneath the Surface, as the educational VR experience is called, helps elementary and middle school students fall in love with marine science even if they’ve never seen the ocean.

“I love talking to young students and getting them excited about the ocean,” said Beymer, who introduced children to marine invertebrates during the course Communicating Ocean Sciences. “My favorite part is when I get to see their eyes light up when they touch the animals. My hope is to spread some of that same awe with this DiVR 360 lesson plan.”

Beymer worked with fellow students and Frost Research Fellows Maddie Verburg and Landon Keller to record 360-degree video underwater in multiple marine habitats. They then worked with Laguna Middle School science teacher Lesley Salter to develop a lesson plan aligned with the Next Generation Science Standards for sixth- through eighth-graders.

In the lesson plan, students discover that organisms depend on their environment to survive and reproduce by virtually exploring different marine ecosystems. They hypothesize about which habitat will have the most anemones, sea stars and sea urchins, and then test their hypothesis using VR. By counting and graphing the numbers of organisms, students draw their own conclusions about how habitat affects populations. They also practice communicating their results to their fellow students who studied a different VR environment.

“The middle school students are really learning the process of science, not just memorizing terms,” said Crow White, a marine sciences professor and co-leader, with electrical engineering Professor Lynne Slivovsky, of Dive Beneath the Surface. “Plus they get to experience the ocean and appreciate its beauty and complexity.” 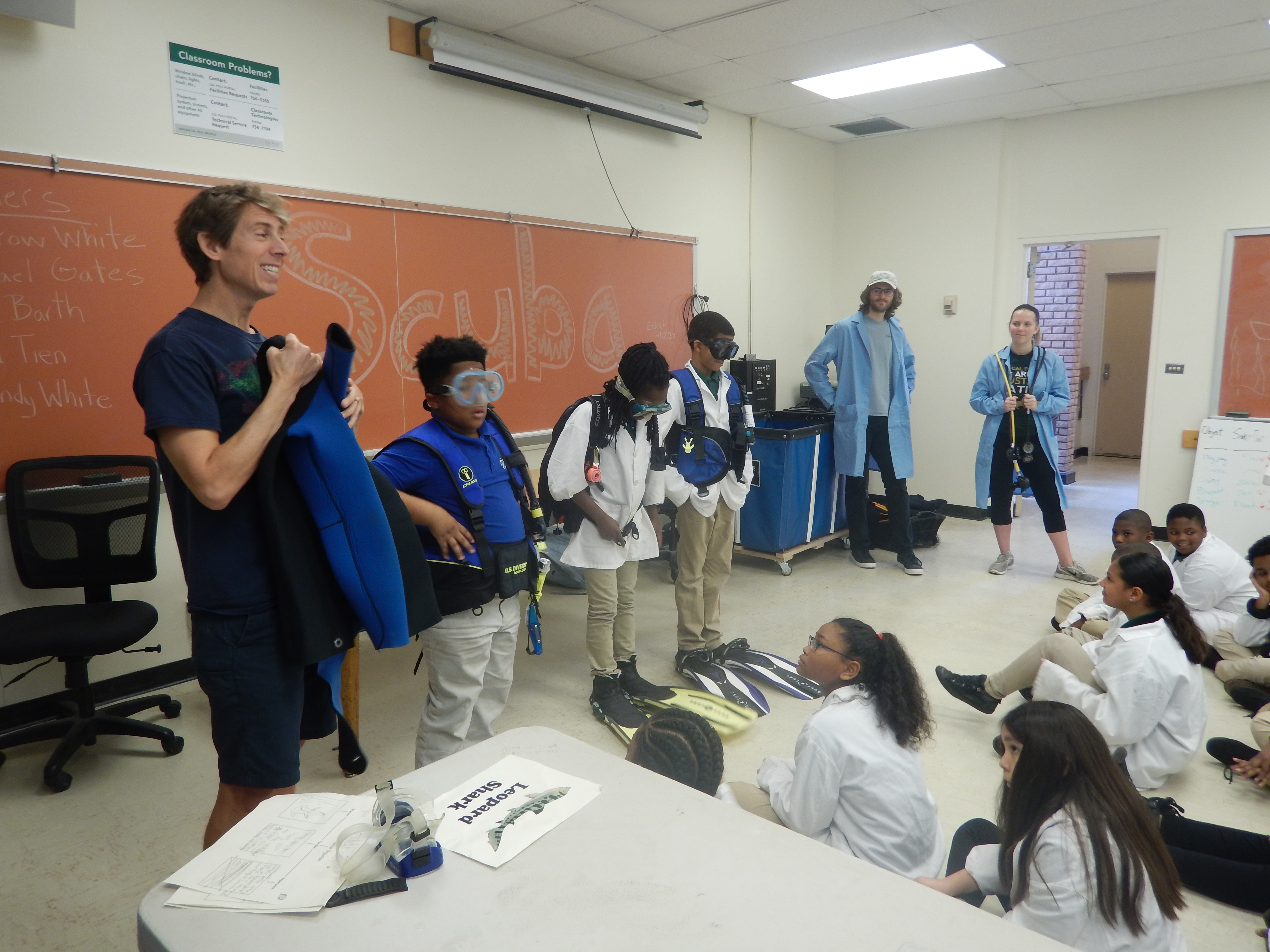 White stressed that the interdisciplinary nature of the project gave Cal Poly students hands-on experience in a variety of fields. To bring their knowledge of marine biology to life in the classroom, the research team had to get certified in scientific diving, learn underwater videography and video editing, and find out howmiddle school students learn.

“We were exploring new technology and software that no one we knew was familiar with, not even our professors,” Beymer said. “We needed to do our own research and reach out to people living on the other side of the world to figure out our problems.”

Her teammates' and her resourcefulness will benefit young scientists through the VR lessons and through what Beymer learned about herself during this experiment.

“Hopefully, we will inspire some future marine scientists,” she said. “This project made me realize I am meant to be an educator, and I look forward to creating Learn by Doing projects like this one for my future students.”

Read more about Inclusive and Equitable Communities in Proud to Be an Indigenous Educator, Welcome to the Water and Equal Access to the Cosmos