Home : 2021: Creating Community : Putting Their Education to Use

Putting Their Education to Use 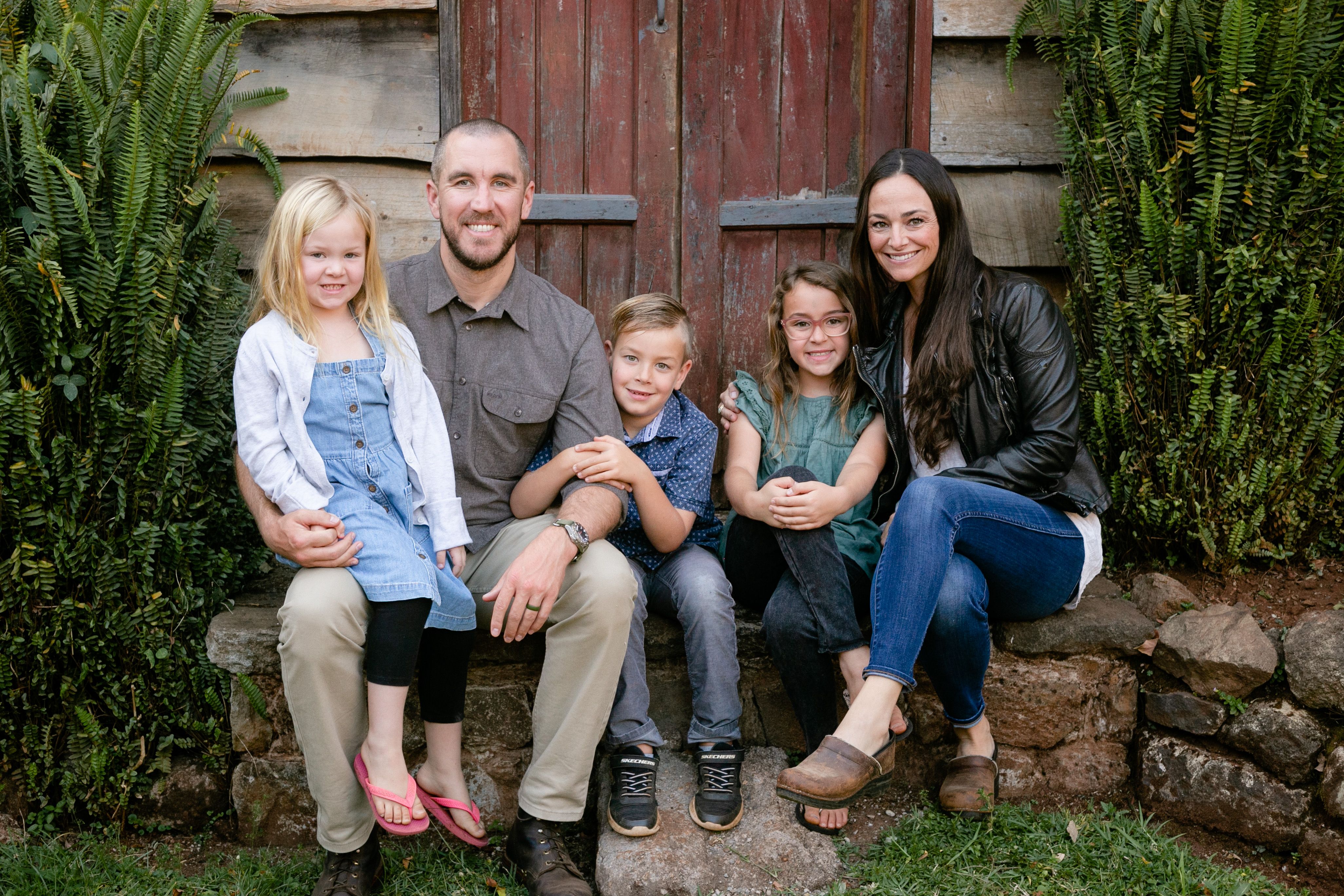 Two years ago, while living in Fresno, the Jeffcoaches began to think deeply about the gift of education they’d been given. At the time, David was a faculty member at the local UC San Francisco campus and Krichele was a practicing physician assistant. After some reflection and soul searching, they decided they needed to use what they’d learned to do something bigger than themselves.

Study and travel abroad while at Cal Poly played a large role in shaping the Jeffcoaches' outlook. Krichele changed her career trajectory from physical therapist to physician assistant after seeing the high need for basic care in rural Indonesia. David credits his time studying in Germany for expanding his view and allowing him to recognize how big the world is.

Partially because of this background, the Jeffcoaches volunteered with Pan-African Academy of Christian Surgeons, which focuses on training African surgeons who are committed to serving in Africa. David trains local surgeons, and Krichele works at Soddo Christian Hospital, where the training takes place.

EVERY DAY IN SODDO PROVIDES A REASON TO BE GRATEFUL FOR THEIR LEARN BY DOING EDUCATION.

Every day in Soddo provides a reason to be grateful for their Learn by Doing education.

“Have you ever done surgery with Google open?” David said. “It’s good to have a Learn by Doing background when every day I’m encountering challenges that I just don’t know. Today I did many complex urology cases I wouldn’t have to do in the U.S. Cal Poly prepares you to not be intimidated by obstacles. You learn how to learn.”

This can-do approach also serves them well in their daily life.

“It’s more difficult to find someone who can build you a table in southern rural Ethiopia than figuring out how to do it yourself,” Krichele added. “So there are lots of things in our everyday life that we’ve figured out ourselves. I left Cal Poly feeling like if someone else can do it, I can too. You just have to figure it out.”

Their time in Ethiopia has helped the Jeffcoaches and their children become global citizens by seeing up close how people in other countries live. 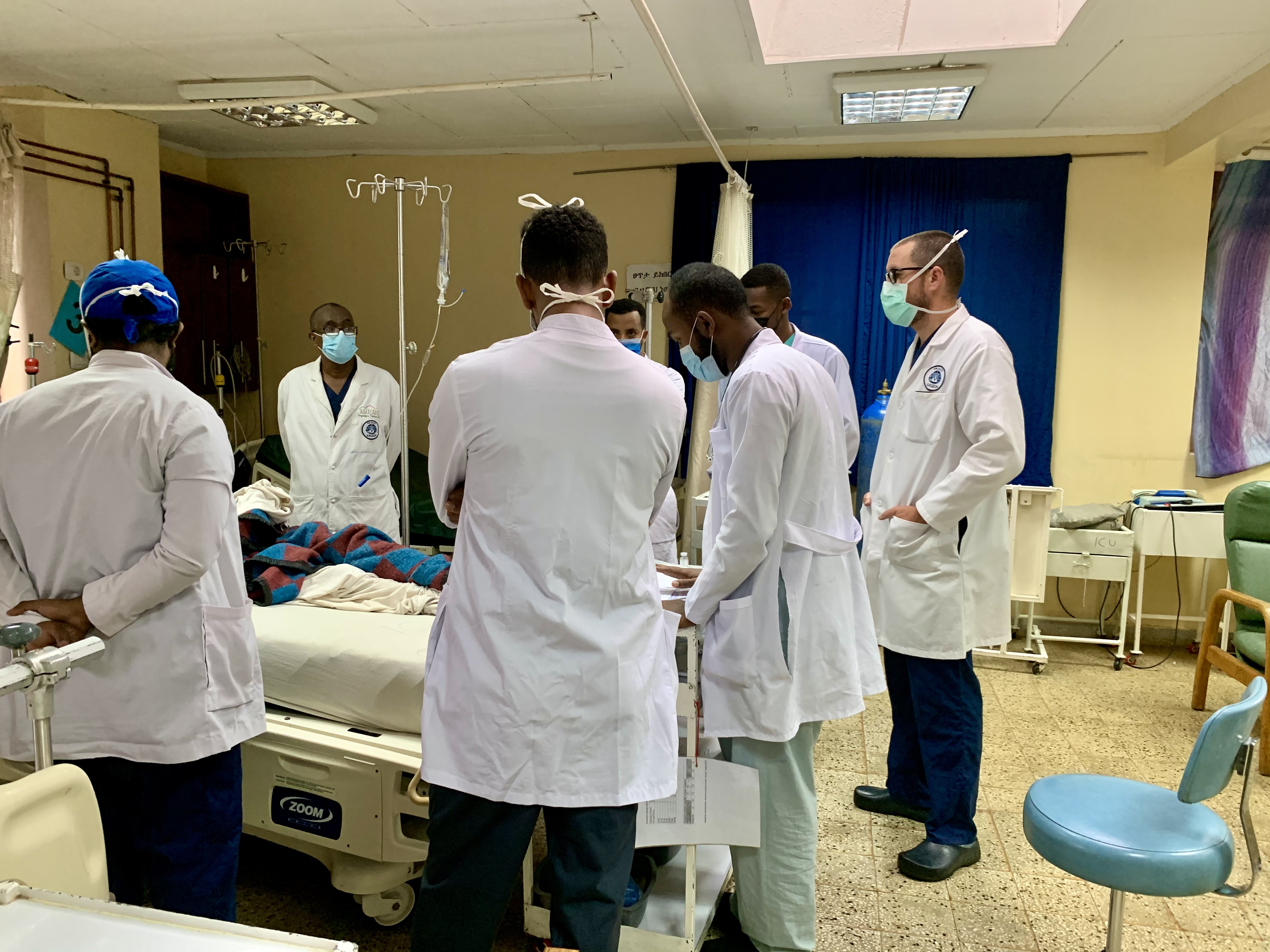 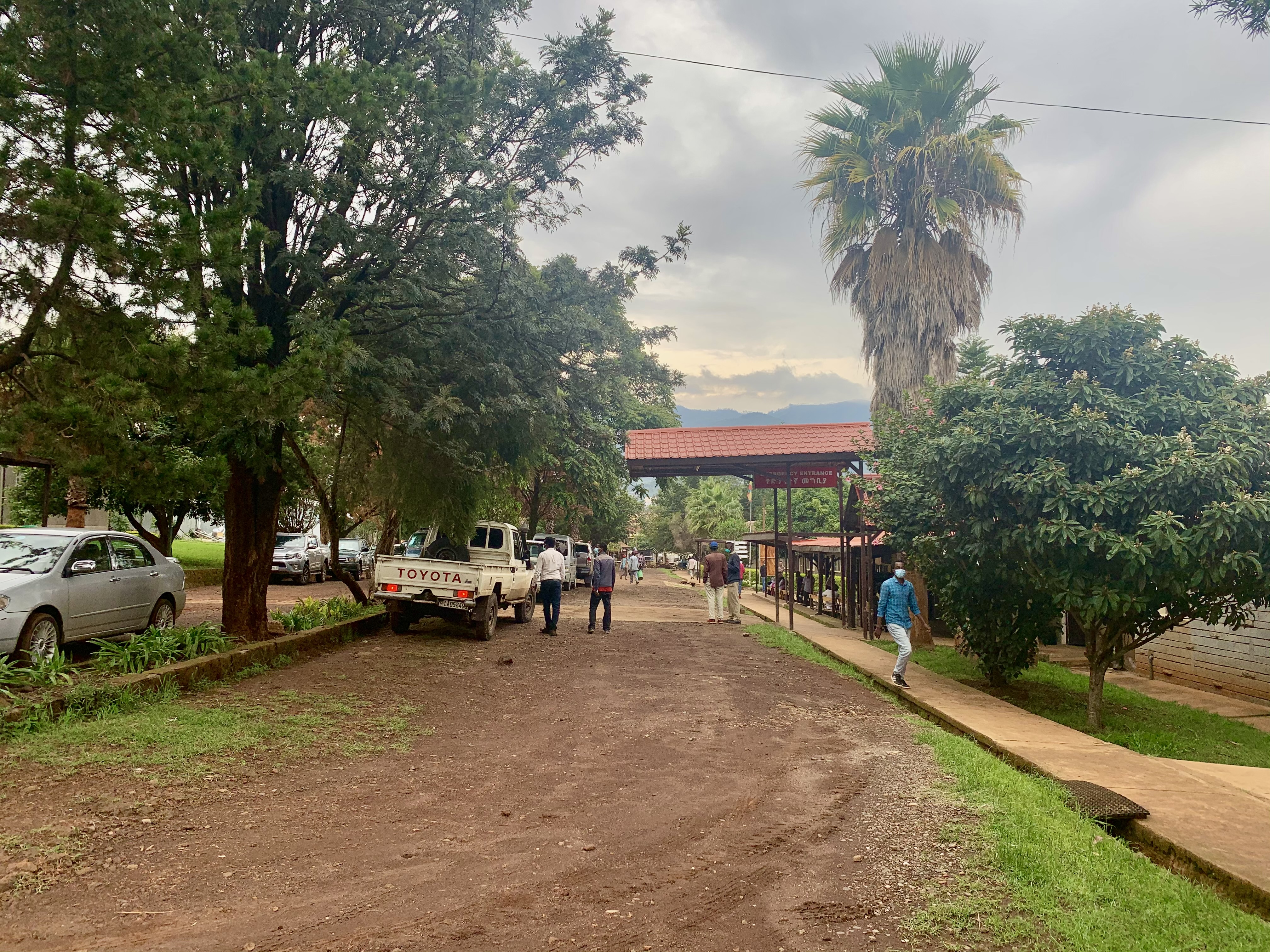 Krichele describes their average Tuesday driving to Addis Ababa, passing mud huts and dodging donkey carts. In the midst of this, “People are people are people,” David says. “There are grandmothers here. There are single moms trying to raise kids. There are disabled people. The challenges are the same.”

The resources, however, are not “in the same stratosphere,” as David describes it. An hour and a half outside of town is a clinic that serves the poorest residents of the area, many of whom are starving. When funding allows, staff from the hospital travel to the clinic and bring back patients who need a higher level of care.

IF PEOPLE THOUGHT SERIOUSLY ABOUT HOW COULD I RELIEVE SUFFERING IN WHATEVER SPHERE IT IS, THAT WOULD BE A RADICAL CHANGE.

Krichele once brought an infant who was near death from the clinic to the hospital. The valve between the infant’s stomach and intestine was blocked, making it impossible for him to eat. After a successful operation and a week in the hospital, he went home eating and healthy.

“Bus fare from the clinic into town is a dollar and a half, and they’re so poor they can’t make it to our hospital. You get to see the difference between the opportunity to live or not, and $1.50 is the barrier,” Krichele said.

“I have 10 men and women who are going to be the crazy awesome ones doing great things for their country,” David said. “I was training a student on a complex case the other day. There’s only one surgeon in the whole country who does this kind of case. I did six or seven with this student. Now there are two.”

For the Jeffcoaches, their time in Africa stems from a need to use their Cal Poly education to contribute to the global community.

“If people thought seriously about how could I relieve suffering in whatever sphere it is, that would be a radical change,” David said.

Krichele agreed. “I’ve got one life to live. When I get to the end, I don’t want to regret that we didn’t love people in the out-of-the-box way we were called to do it.” //

Read more about Healthy Bodies in Climate Leadership Can Be Learned, Predicting Glacial Melt in Iceland and There's a Lot of Life in This Corpse Flower