Home : 2021: Creating Community : There's a Lot of Life in This Corpse Flower

There's a Lot of Life in This Corpse Flower

Thousands of community members visited Musty, Cal Poly's first ever corpse flower bloom, in the summer of 2020. But what happened to the flower after its two days of fame? Read on: 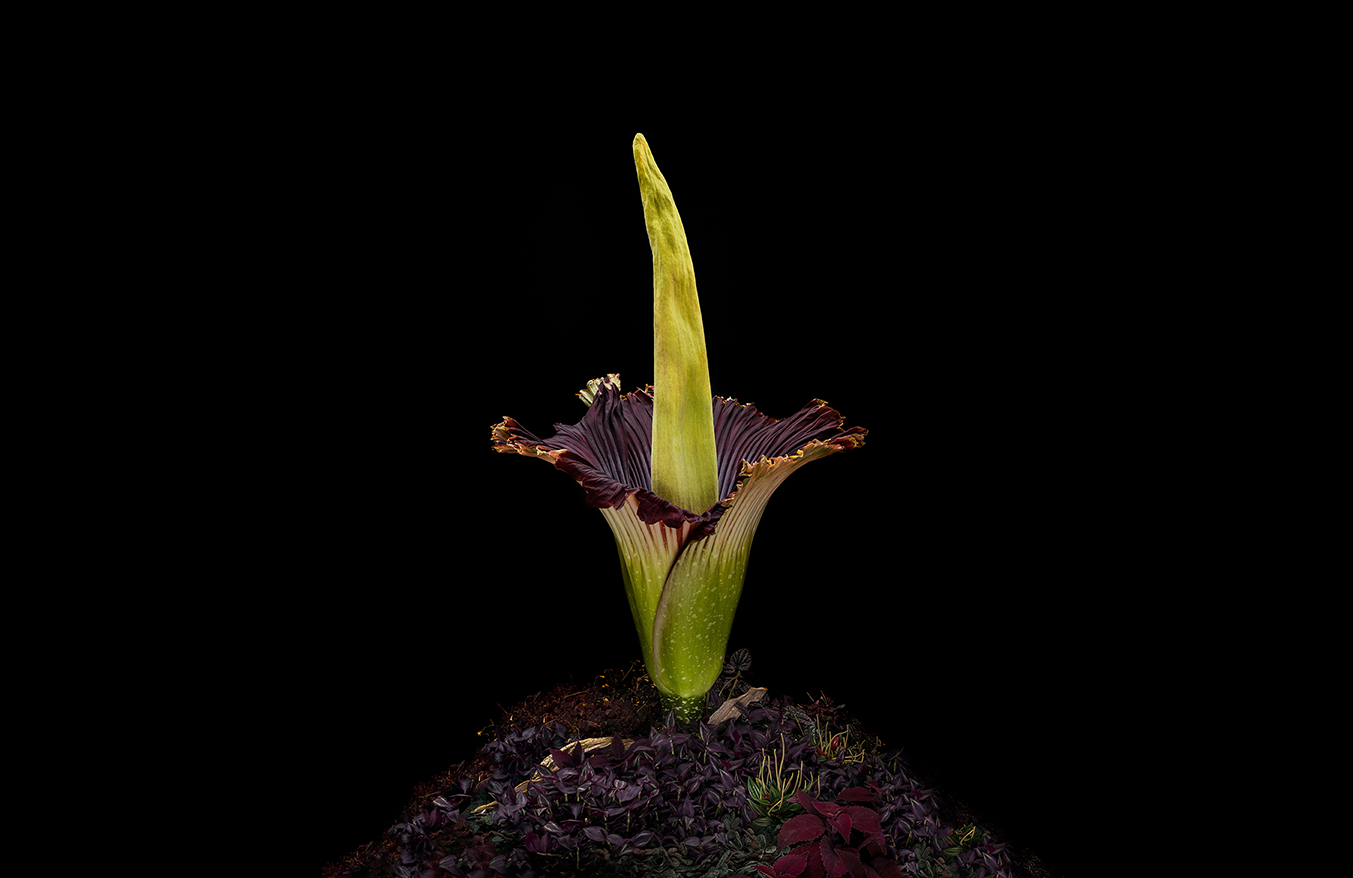 Musty is an Amorphophallus titanum, a plant that produces the world’s largest unbranched inflorescence, or cluster of flowers. That rare bloom was just the beginning of Musty’s influence in the botanical world. 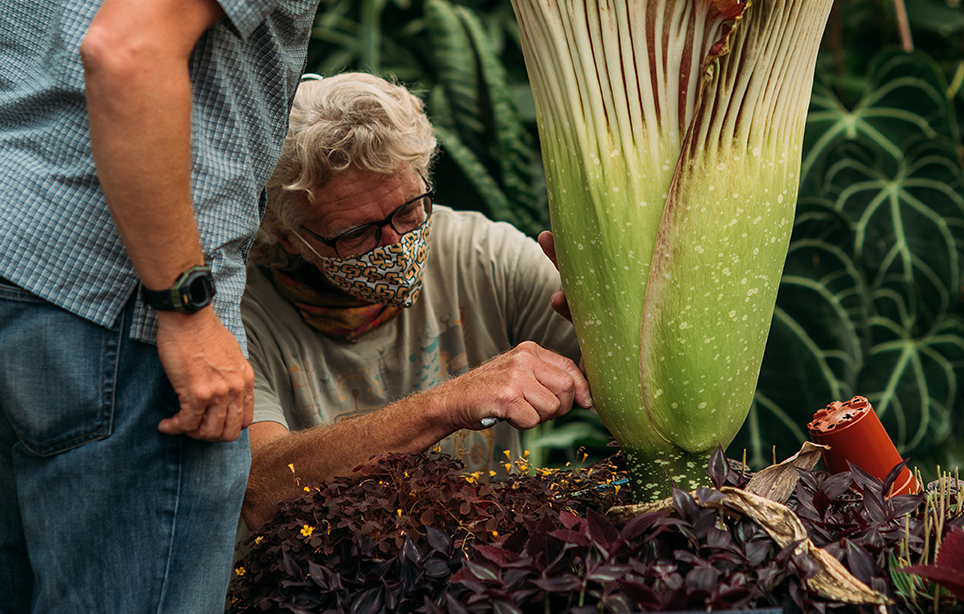 Cal Poly botanists pollinated Musty while it was blooming with pollen from Kansas State University. 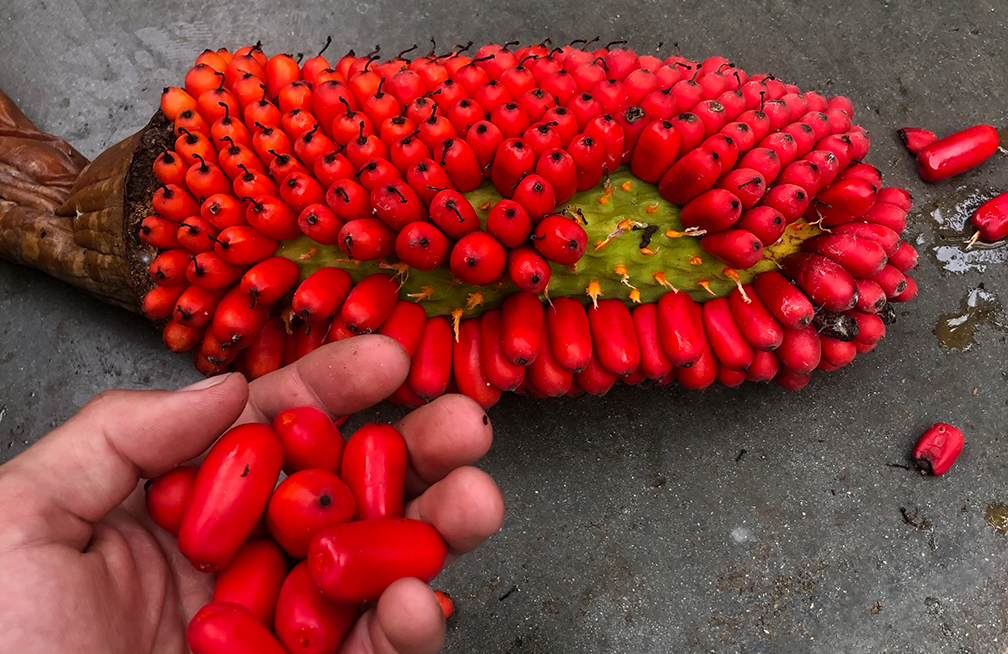 The pollination was successful, and about a year later, the fruit ripened and was sent to universities and botanic gardens across the country that were interested in growing their own corpse flower. 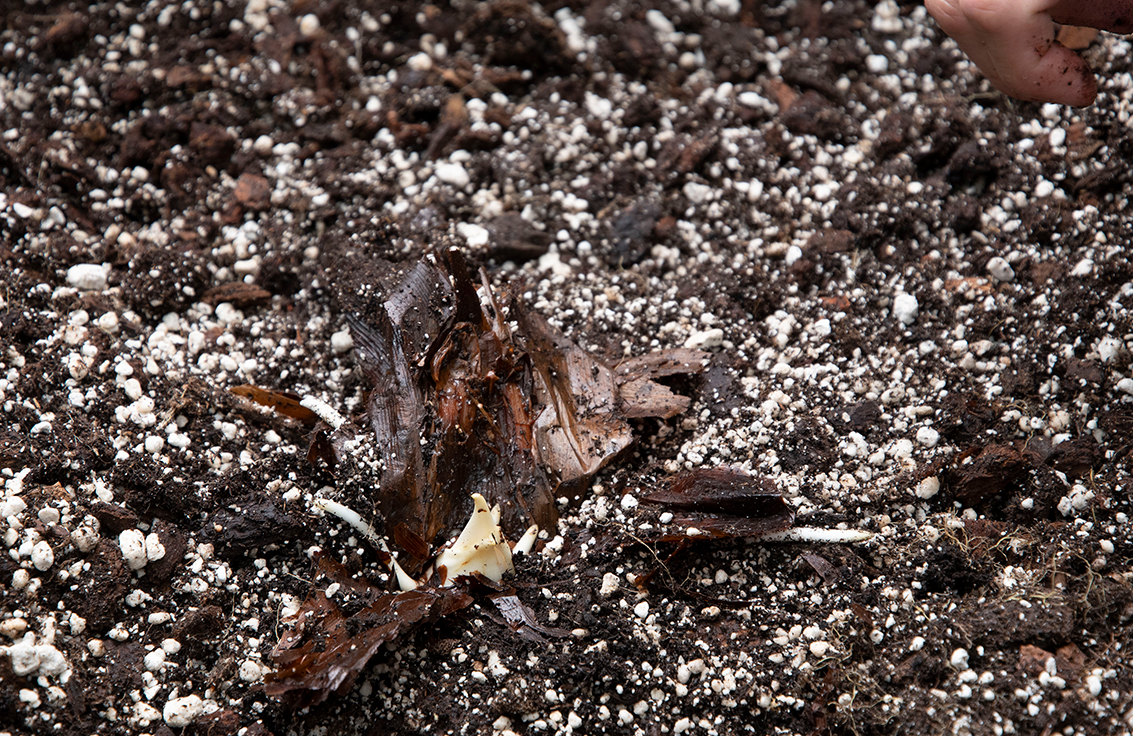 When botanists dug up Musty’s storage tuber, or corm, it was intact and had a new bud sprouting. The bud will likely produce a leaf, and Musty may flower again once it has gained energy from its annual leafing. 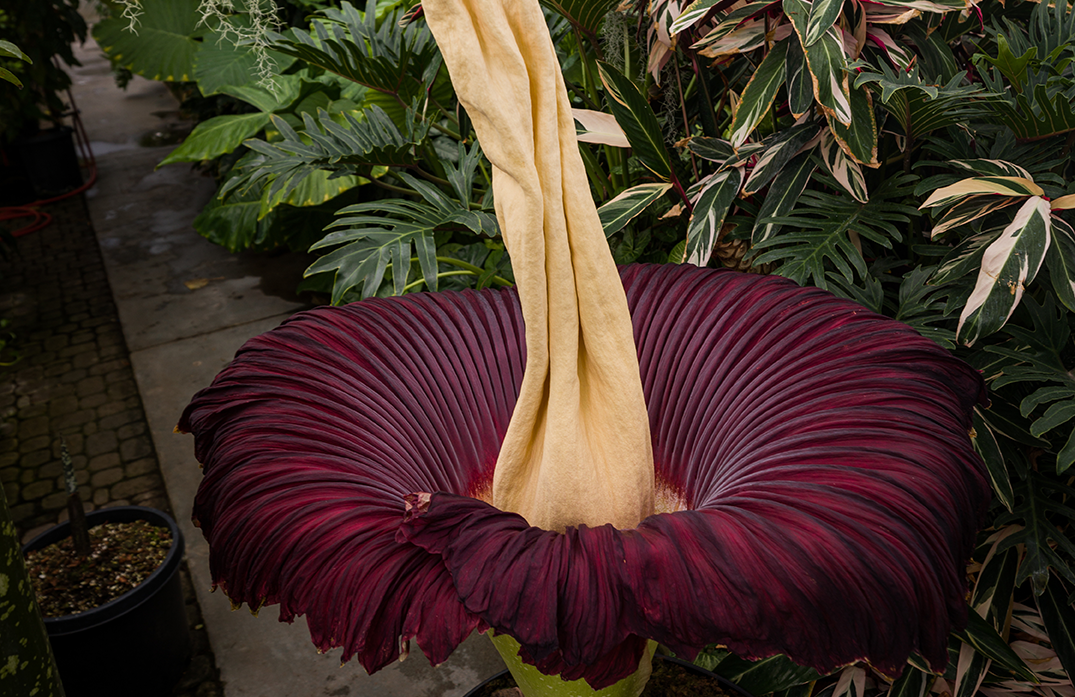 In August 2021, Musty got some company. Another corpse flower, dubbed Bertha, sent up a bloom about a foot taller than Musty’s was.

Gage Willey, the curator at the Cal Poly Plant Conservatory in the Biological Sciences Department of the College of Science and Mathematics, updates us on the wellbeing of Musty:

Read more about Global Communities in Climate Leadership Can Be Learned, Putting Their Education to Use and Predicting Glacial Melt in Iceland.